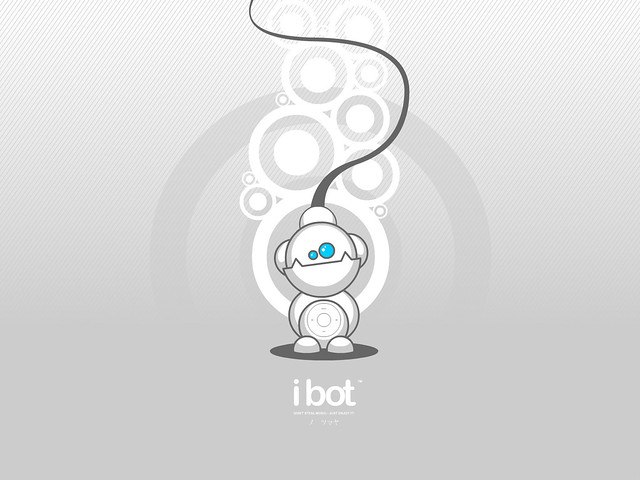 The iBOT is a powered wheelchair developed by Dean Kamen in a partnership between DEKA and Johnson and Johnson's Independence Technology division.

Printed dictionaries and other books with definitions for IBOT

One potential solution to the problem posed by stairs is the iBOT (Fig. 23-1).17 The iBOT is a four-wheeled chair controlled by hand with a joystick. It has various functional modes, including stair climbing.

With respect to switching between different modes of operation, the iBOT is a smart wheelchair that was developed in 2003 by the company Independence Technology as a breakthrough technology to travel within multiple types of environments.

The Illustrated Dictionary of It (2005)

ibot short for robot. A program designed to search the Internet looking for information. A common use of bots is the variously named spiders, worms and crawlers that support search engines by following links from site to site and within a site to dig out information to be indexed by the search engine. bottleneck is the component in the system that is slowing system performance.

The Modern World Dictionary of the English Language ... (1906)

To which is Added a Compendium of Historical, Biographical, Geographical, Scientific, Religious, and Sociological Names, and a Complete Summary of Human Achievement in the Nineteenth & Twentieth Centuries ...

Containing an Historical Account of All the Engravers, from the Earliest Period of the Art of Engraving to the Present Time; and a Short List of Their Most Esteemed Works. With the Cyphers, Monograms, and Particular Marks, Used by Each Master, Accurately Copied from the Originals, and Properly Explained. To which is Prefixed, An Essay on the Rise and Progress of the Art of Engraving, Both on Copper and on Wood. With Several Curious Specimens of the Performances of the Most Ancient Artists by Joseph Strutt

Online dictionaries and encyclopedias with entries for IBOT

See also the blanagrams of IBOT!

Go to the usage examples of IBOT to see it in context!