Incorporate (introduce something into another thing already in existence) is considered to be an advanced word, according to the Barron's absolutely essential words for the GRE, which includes 300 college- and graduate-level words that frequently appear on the Graduate Record Exam.

The word incorporate and its family (incorporated, incorporates, incorporating, incorporation) are included in the Academic Word List by Dr. Averil Coxhead, which contains the 570 most frequent word families used in academic texts from a variety of subject areas, of interest for students that learn the words most needed to study at tertiary institutions.

Definition of the adjective incorporate

What does incorporate mean as an attribute of a noun?

Definition of the verb incorporate

What does incorporate mean as a doing word?

Incorporate is one of the top 1000 most common verbs in the English language.

Alternative definition of the verb incorporate

Printed dictionaries and other books with definitions for incorporate

The word incorporate means to combine into one group. The World Trade Center was a financial and commercially incorporated municipality with its own incorporated government. It had corporate rules that governed the trade of twenty eight ...

Encyclopedia of Forms and Precedents for Pleading and Practice (1899)

At Common Law, in Equity, and Under the Various Codes and Practice Acts

That the General Assembly of North Carolina, in the year 1855, passed an act, entitled, “An Act to incorporate the Greenville and French Broad Railroad Company,” which was ratified on the 13th day of February, 1855, and is printed in the laws ...

INCORPORATE. Incorporated; associated; conjunctive. No, it is Casca; one incorporate To ...

To INCORPORATE, iu-kor'po-ratc, r. a. to mingle different ingredients so as they shall make one body or mass; to conjoin inseparably, ...

INCORPORATE. To form or unite in one body. Incorporation : the act of bringing several elements into one body; the legislative act of uniting natural persons in one artificial one. Incorporated: constituted as one; formed into one body; made a ...

'7 s- E- ReP- 379- The title, "An act to incorporate the bank of F.," is sufficient to support a provision that the bank may join in one action all parties to a note or bill given to be negotiated or actually negotiated in that bank. Davis v. Bank of ...

An American Dictionary of the English Language (1841)

First Edition in Octavo, Containing the Whole Vocabulary of the Quarto, with Corrections, Improvements, and Several Thousand Additional Words; to which is Prefixed an Introductory Dissertation ... by Noah Webster

To mix and embody one substance in another; as, to incorporate ...

INCORPORATE. Wheresoever they rested, remaining inconverted, and possessing one point of the compass, whilst the wind perhaps had passed the two and thirty. Sir Thomas Brown. Vulgar Errours, book iii. ch. !t. It entereth not the veins, but ...

Online dictionaries and encyclopedias with entries for incorporate

Distribution of usage frequency for the most common synonyms of the verb incorporate: 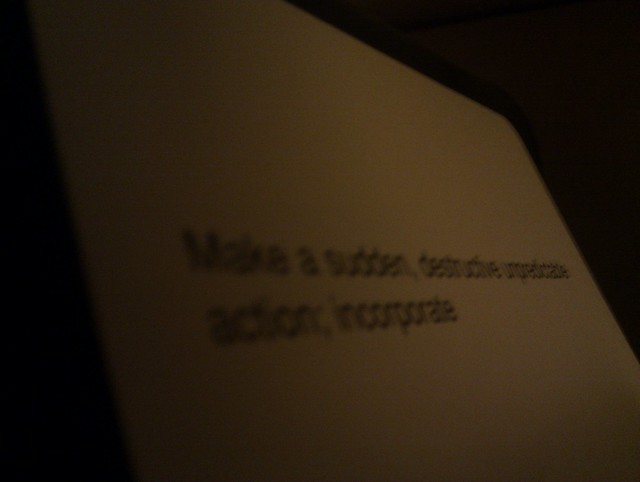 You jot down ideas, memories, whatever, concerning your real life that somehow parallels the character you're playing, and you incorporate that in your scene work. (Chris Cooper)
more quotes about incorporate...

See also the blanagrams of incorporate!

Go to the usage examples of incorporate to see it in context!