Definition of the noun iron curtain

What does iron curtain mean as a name of something?

"Iron Curtain" a.k.a. "The Iron Curtain" is a 1948 black-and-white thriller film starring Dana Andrews and Gene Tierney, directed by William Wellman. The film was based on the memoirs of Igor Gouzenko. Principal photography was done on location in Ottawa, Canada by Charles G. Clarke. The film was later re-released as Behind the Iron Curtain.

Printed dictionaries and other books with definitions for Iron Curtain

an iron curtain an impenetrable barrier, especially the Iron Curtain, the physical and other barriers preventing the passage of people and information between the Soviet bloc and the West during the cold war. In the late 18th century, an iron ...

Historical Dictionary of the Cold War (2017)

IRON CURTAIN. Popular term used to describe the Soviet policy of cutting off Eastern Europe from contact with the West. The term had been used by German officials during World War II but did not attract global attention until it was voiced by ...

The “iron curtain speech” of Churchill marked the end of a peaceful honeymoon with Soviet Russia that had existed in the minds of many Americans after World War II. It became the symbol of Soviet oppression, and the rallying cry for the ...

an iron curtain an impenetrable barrier, especially the Iron Curtain, the physical and ...

The proposed iron curtain or door to this opening, as at the Prince of Wales's Theatre, has been taken exception to, on the grounds that it is cumbersome, costly, absorbs heat rapidly, and is slow in working. A single plated curtain may be liable ...

Iron Curtain religious complexities of Islam made a clash between the two states inevitable. The Iranian revolution which put the Ayatollah Khomeini in power in Iran was a Shi'ite fundamentalist movement, while the Iraqi regime was domi- ...

A Dictionary of Modern Politics (2015)

Iron Curtain religious complexities of Islam made a clash between the two states inevitable. The Iranian revolution which put the Ayatollah Khomeini in power in Iran was a Shi'ite fundamentalist movement, while the ...

Online dictionaries and encyclopedias with entries for Iron Curtain 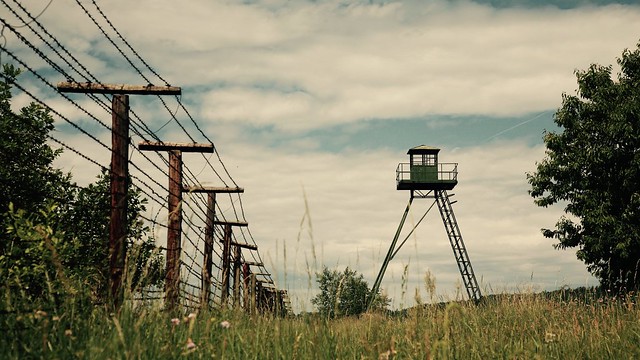 From behind the Iron Curtain, there are signs that tyranny is in trouble and reminders that its structure is as brittle as its surface is hard. (Dwight D. Eisenhower)
more quotes...

Go to the usage examples of Iron Curtain to see it in context!