Definition of the noun larva

What does larva mean as a name of something?

Alternative definition of the noun larva

"Larva" is a book by Julián Ríos.

Larva is a fictional character from Vampire Princess Miyu.

View more phrases with the word Larva in thesaurus!

Printed books with definitions for Larva

Pentacrinoid larva is a sessile stalked larval stage, which follows a free- swimming stage in the development of...

Ammocoete larva is the larva of a cyclostome such as the Petromyzon, which shows many primitive features, and in some ...

Accordingly, a larva is a young animal that is quite different in appearance from the adult – like the trochophora in polychaetes and molluscs, the pluteus in sea urchins, a caterpillar in butterflies, or a tadpole in amphibians. In order to grow into ...

Treatise on Injurious and Benefecial Insects to Crops

The larva is a general feeder, eating sedges, the goldenrod, blueberry, waxwork, ...

The larva is a little eating machine, munching away on a specific kind of food ( usually a certain plant, or members of a certain group of plants) and growing. As the larva grows, it sheds its exoskeleton (or “skin”) several times; the stages ...

The Principles of Insect Control (1929)

An insect larva is a voracious feeder, its alimentary canal is usually long, there is generally a mass of reserve food-stuff in the form of " fat-body," and the body cavity differs from the body cavity of most other animal groups in being a ...

Local Knowledge and Agricultural Decision Making in the Philippines (1995)

Not a single informant reasoned that butterflies are harmful because they give rise to caterpillars, although farmers, at least some of them, recognize that the larva is an immature stage of the butterfly. Kiti-kiti (wrigglers) are hardly recognized as ...

Pests of Field Crops and Pastures (2007)

The larva is a voracious predator, but the adult is nOt predatory. (Graphic Science : O Denis Crawford) days. The larvae are pinkish-brown with well- developed legs and jaws. The jaws are used to suck fluid from prey. Larvae are very mobile ...

From an ecological perspective, the dauer larva is an adaptation of nematode life history strategy to an ecology that is characterized by 'boom and bust': free-living nematodes generally inhabit patchy environments in which food, in particular, ...

Important Pecan Insects and Their Control (1924)

larva is a robust, yellowish ...

The larva is the simplest to identify among the other mobile growth phases because it has only three pairs of ambulatory appendages. Nymph 25 identification requires considerable experience and knowledge. It is understandable therefore ...

Elements of Hygiene and Public Health (2015)

For the Use of Medical Students and Practitioners by Rai Bahadur Jaising P. Modi

The larvae or maggots hatch out from the eggs from eight to twentyfour hours under favourable conditions. The larva is a white slender creature without any legs, but tapering towards the head, ...

The larva is an elongate, robust, cylindrical borer ...

The Travel and Tropical Medicine Manual (2008)

Similar eruptions occur with the larvae of Ancylostoma duodenale, Necator americanus, Strongyloides stercoralis, and others. When the eruption occurs perianally, it is called larva currens and is generally due to S. stercoralis (see Chapter 40) ...

Protein Metabolism and Homeostasis in Aging (2011)

The dauer larva is a developmentally arrested dispersal stage that can live up to six months. Aging seems to be suspended in dauer larvae.1 Indeed, four daf ( dauer formation) genes, f daf-2, age-1, daf-16 and 6 daf-18, have been shown to ...

The larva is a dull white caterpillar, with the head and the upper part of the next segment light brown, and is never seen free from its movable case or jacket, the construction of which is its first task. If it be necessary for it to change its position, ...

Through the Three Grand Kingdoms of Animals, Vegetables, and Minerals ... by Carl von Linné

The larva is the troublesome magot found in cheese bacon hams &c. so well known to the house-wife under the name of the hopper. - Silky- black: wings white with a double black rib half way down ; legs long compressed.

The larva is the truly defining feature of Holometabola. This immature form is generally a slender, soft-bodied insect with three short pairs of thoracic legs or none (sometimes they also have abdominal prolegs), and no external wing buds.

Parasitic Infections in the Compromised Host (1988)

It has been shown in several parasitic nematodes that the cuticle of the third- stage larva is a dynamic structure of constant renovation. This, if confirmed for S. stercoralis, may have important implications related to the ability of the parasite to ...

The British goat moth larva is a wood -boring insect. It is so- called because it smells like a goat! The smell is intentional, a built-in atomiser (another human ' invention' a few million years late) to spray foul acid to dissuade birds from eating it.

Development of Sea Urchins, Ascidians, and Other Invertebrate Deuterostomes (2004)

The dona larva is a very transient form that subsists on maternally deposited yolk stores and appears to function only for dispersal and selecting a location to settle. When grown in the laboratory, we find that dona will swim for an average of ...

Online dictionaries and encyclopedias with entries for Larva 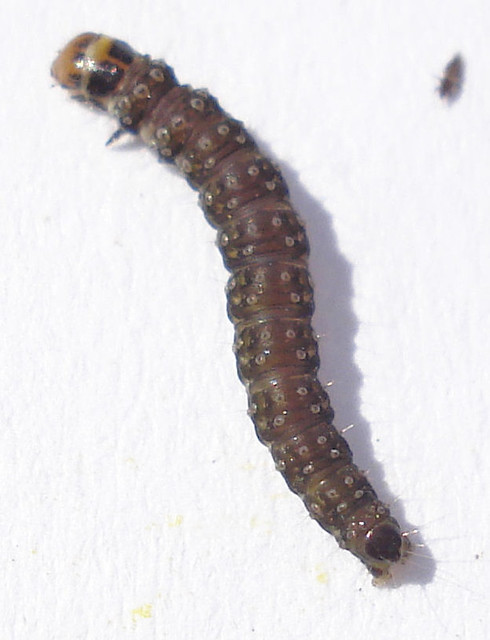