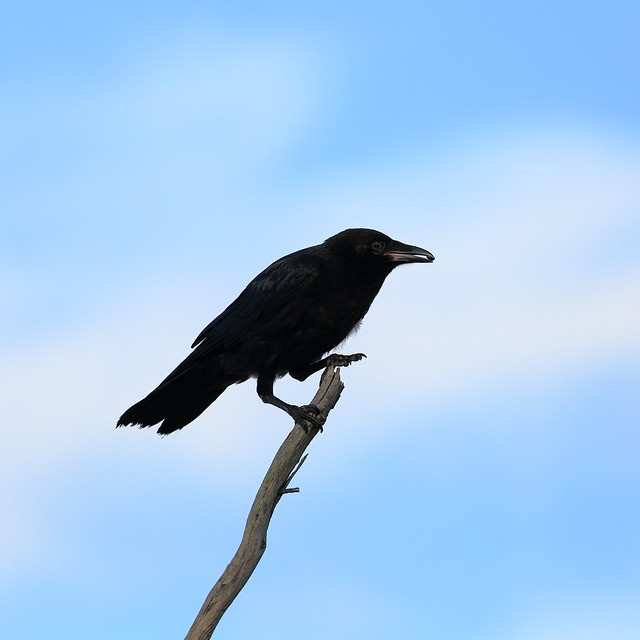 Definition of the noun Little Raven

What does Little Raven mean as a name of something?

Little Raven is the vernacular name of the Corvus mellori, a species of Corvus.

Who is Little Raven?

Little Raven, also known as Hosa, was from about 1855 until his death in 1889 a principal chief of the Southern Arapaho Indians. He negotiated peace between the Southern Arapaho and Cheyenne and the Comanche, Kiowa, and Plains Apache. He also secured rights to the Cheyenne-Arapaho Reservation in Indian Territory.

Printed encyclopedias and other books with definitions for Little Raven

Encyclopedia of Media and Propaganda in Wartime America (2011)

Even under increased pressure, Little Raven, an Arapaho leader, pledged a preservation of peace. However, A. B. Greenwood, Commissioner of Indian Affairs, concurred with Indian Agent William Bent that it was impossible for the groups to ...

Online dictionaries and encyclopedias with entries for Little Raven