Usage statistics for the noun look:

Look is sometimes a misspelling of like, looked, looking, looks, saw or took.

The word look is considered to be an easy one, according to the Dale-Chall word list, which includes 3000 words that all fourth-grade American students should know and understand.

Definition of the noun look

What does look mean as a name of something?

Look is one of the top 1000 most common nouns in the English language.View more statistics!

Alternative definition of the noun look

Definition of the verb look

What does look mean as a doing word?

Look is one of the top 50 most common verbs in the English language.View more statistics!

Alternative definition of the verb look

Printed dictionaries and other books with definitions for Look

So, like the brand, the look is a heterogeneous assemblage of elements that we can follow outwards from the model...

Reading Glasses, Comfy Shoes, and a Signature Look A signature look is a must for a perimenopausal or a postmeno- pausal woman. Picking out your reading glasses, buying your comfortable shoes, and designing your look can take your ...

Breaking the Fourth Wall: Direct Address in the Cinema (2012)

Such a look is the sign, not of a suspense, but of a rupture of the fabric of the cinematic fiction or rather – because this rupture is...

Our look is the result of reader comments, our own experimentation, and feedback from distribution channels. Distinctive covers complement our distinctive approach to technical topics, breathing personality and life into potentially dry subjects.

The different “looks” of film seen in feature movies have been an important part of the artistry and aesthetic experience of theatrical movies and some television shows. Achieving the proper look is a major consideration of filmmakers, and this ...

LOODIANA—LOOK. -OODLANA, (better spelt, Ludhiana) lö-de-á'na: district of British India, one of the three districts into which the division of Ambala, or Umballa, in the Punjab, is divided. The dist. is immediately s. of the Sutlej, and consists ...

Online dictionaries and encyclopedias with entries for Look

Usage statistics for the noun look:

Usage statistics for the verb look:

Distribution of usage frequency for the most common synonyms of the noun look:

Distribution of usage frequency for the most common synonyms of the verb look: 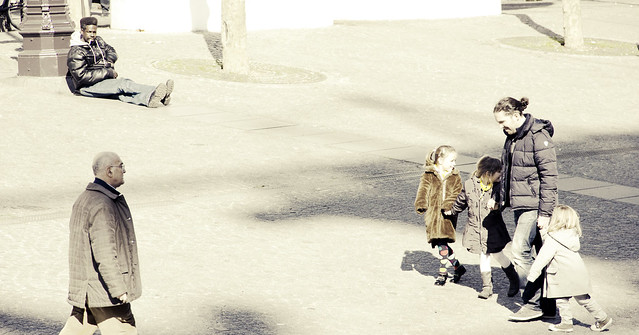 View more pictures about Look Up.

View more videos about Look At, Look Up, look for, Look Back, dirty look, Look Ahead, and Pinched Look.

The look of love, the look thou give
Within its rays love shall live
The aureole of angels scintillates
In thy look, as love abdicates
her crown, the one thy took
When love looked at thee
as love I see. The look of thee
from the look of me… (Kevin Michael Murphy)
more quotes about look...