There are other places with Medan in their name, like Sri Medan.

Printed dictionaries and other books with definitions for Medan

Medan is a cosmopolitan city of 2 million inhabitants and the provincial capital of the state of North Sumatra. Far and away the largest city of Sumatra, and fourth largest city in Indonesia overall, it is the center for the booming oil and agricultural industries of northern Sumatra. Typical of Indonesia's larger cities, Medan is dusty and dirty; a raucous marketplace for peoples of diverse ethnicities cohabiting this crossroads in the jungle. The city suffers from the usual ills brought about by a ...

MEDAN. A son of Abraham and Keturah, Genesis 25:2. Hebrews is.

Online dictionaries and encyclopedias with entries for Medan 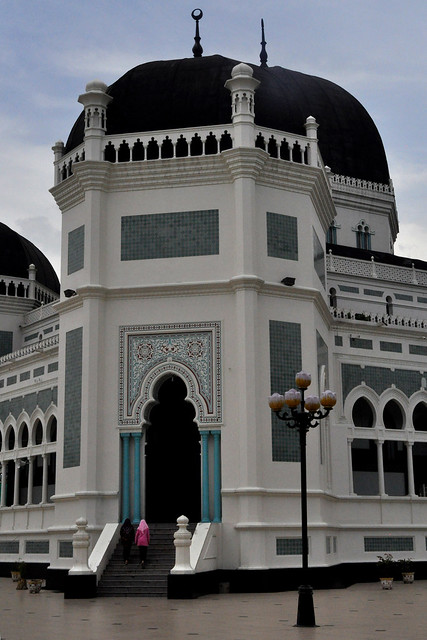