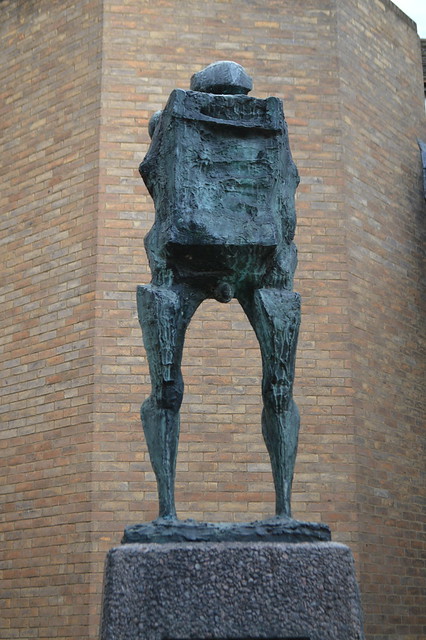 Who is Michael Ayrton?

Michael Ayrton was an English artist and writer, known as a painter, printmaker, sculptor and designer, and also as a critic, broadcaster and novelist. He was a stage and costume designer, working with John Minton on the 1942 John Gielgud production of Macbeth from age 19; and a book designer and illustrator, for Wyndham Lewis's The Human Age trilogy and William Golding. He also collaborated with Constant Lambert.

Printed dictionaries and other books with definitions for Michael Ayrton

A Dictionary of Modern and Contemporary Art (2009)

The figure of the Minotaur has been a great source of inspiration to artists in the twentieth century, particularly to Picasso, who has used the minotaur theme in many drawings and etchings, and to Michael Ayrton, whose bronzes of the Minotaur ...

The Queer Encyclopedia of the Visual Arts (2004)

A key figure of the 1940s neo-Romantic movement and a celebrity of London's bohemia, Minton lived and worked with most of the younger generation of neoRomantic artists, including Michael Ayrton, Robert Colquhoun, Robert MacBryde, ...

Online dictionaries and encyclopedias with entries for Michael Ayrton