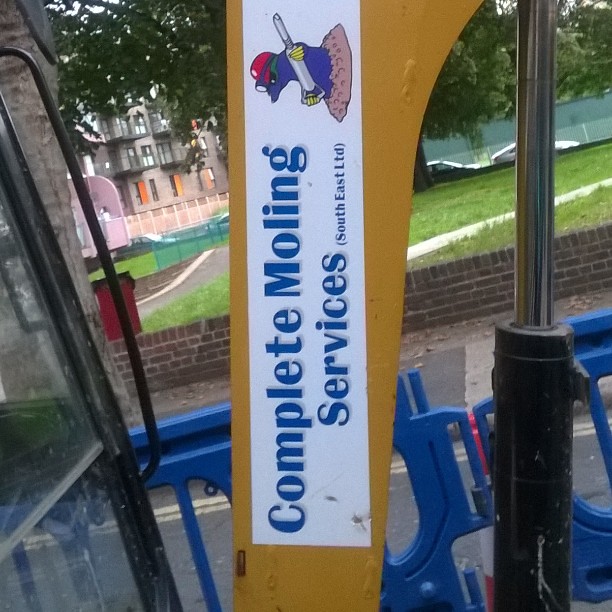 Moling: In the construction industry, moling is a trenchless method used to lay pipes. During the moling process, a pneumatically-driven machine known as a mole forces its way through the soil along the desired path of the pipe. Moling avoids the need to dig a trench and can be used to lay water pipes and the heating coils of heat pump systems.

Printed dictionaries and other books with definitions for Moling

Management of Water Resources in Agriculture (2005)

by U S Sree Ramulu

Moling is a temporary method of drainage when soil conditions are suitable. Moles function efficiently for the first few years and then gradually ...

Moling is a much more rapid and cheaper procedure than installing pipe drains, though less permanent; moles may require replacement every five years while the useful life of a pipe system may be at least 30 years and often much longer.

Impact moling is a process whereby the pneumatic impact tool drives itself through the ground, unguided, to form a new hole in the ground into which a new pipe (usually HDPE or PVC) is pushed or pulled. This method is used for short lengths ...

A Dictionary of Christian Biography, Literature, Sects and Doctrines (1882)

Being a Continuation of 'The Dictionary of the Bible' by William Smith, Henry Wace

MOLING, June 17, surnamed Ltjachra, Luachraensis, Li aim, Illuaciiair, and also called Daircell, Taircmeau, bishop and confessor, famed both as an ecclesiastic and a politician of the 7th century. The only ancient life published is in the ...

Online dictionaries and encyclopedias with entries for Moling

See also the blanagrams of Moling!

Go to the thesaurus of Moling to find many related words and phrases!