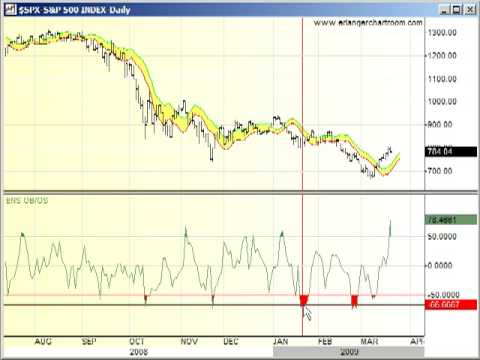 Definition of the adjective overbought

What does overbought mean as an attribute of a noun?

Specialised definition of the adjective overbought

Overbought refers to an asset that is overvalued due to a high demand that increases its price within a short period.

Printed dictionaries and other books with definitions for overbought

The Facts About Short-Term Trading by Mazlan Abang

Overbought is a technical condition that occurs when prices ...

Overbought means too high, ready to turn down. Oversold means too low, ready to turn up. Upper and lower reference lines should be drawn so that an oscillator spends only about 5 percent of its time beyond each line (Section 28). Answer ...

The Definitive Guide to Point and Figure (2012)

Overbought is a condition that occurs when a price has risen too far, too quickly, and is duefora pauseora correction. Oversold occurs when the price has fallen ...

An Introduction to Algorithmic Trading (2011)

Overbought means people are considering selling or about to sell. The opposite for oversold. An unusual property of this indicator is that it seems to anticipate reversals of the stock price. It frequently will for a peak and it will turn down well ...

A Complete Guide to Trading by Alexander Elder

However, the Stochastic move above overbought is a strong forecast of bearish reversal. This is confirmed by the appearance of the bearish engulfing signal. Although this signal is not especially strong, it appears at the right proximity and ...

overbought 1. Having purchased more of a good than one needs ...

overbought If there are many buyers on a market, prices (e.g. of shares) are pushed to artificially ...

overbought If there are many buyers on a market, prices (e.g. of shares) are pushed to artificially high levels and the market is said to be overbought.

overbought If there are many buyers on a market, prices (e.g. of shares) are pushed to artificially high levels and ...

overbought If there are many buyers on a market, prices (e.g. of shares) are pushed to artificially high levels and the market is said to be overbought.

STOCHASTICS INDEX computerized technical analysis tool, or oscillator, that measures overbought and oversold conditions in a stock, using moving averages and relative strength techniques. In its simplest form, the stochastics index is ...

Overbought When a stock or entire securities market rises so steeply in price that technical analysts ...

which has very high borrowings compared to its assets, and has difficulty in meeting its interest payments 0 overbought [auva'bo:t] adjective having bought too much; the market is ...

Online dictionaries and encyclopedias with entries for overbought

If you need images about overbought for an article or a report, you can download stock photos at a very small price: