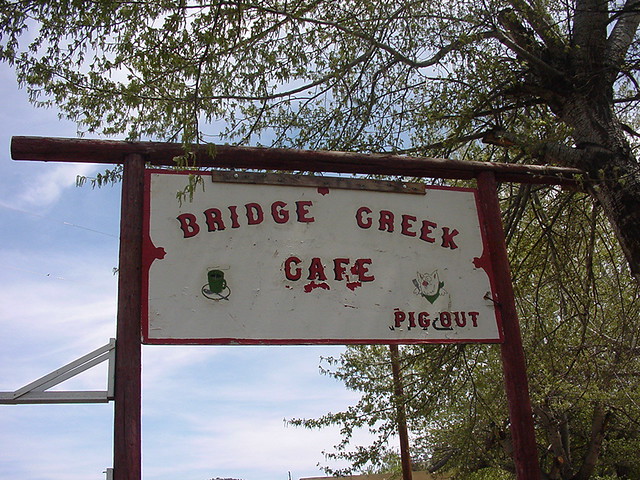 Distribution of usage frequency for the most common synonyms of the verb pig out:

Definition of the verb pig out

What does pig out mean as a doing phrase?

Alternative definition of the verb pig out

"Pig Out" is a musical album of Frank Allison & the Odd Sox.

Printed dictionaries and other books with definitions for Pig Out

Of Favourite Australian Words and Phrases by John Miller

pig out To eat a lot of food like a pig, or a meal at which there is excessive eating. pig's arse Strong disagreement or bullshit. Also pig's tit, pig's bum, ...

the pig out of it on to better country. If you find the pig after which you have started is a sow, hold up your spear horizontally above your head as a signal to the rest of your party to pull up. In spearing, the impetus of the horse is sufficient to run ...

Online dictionaries and encyclopedias with entries for Pig Out

Photos about Pig Out

Video about Pig Out

Video shows what pig out means. To eat voraciously or ravenously; to gorge oneself.. pig out pronunciation. How to pronounce, definition by Wiktionary ...

See also the pronunciation examples of Pig Out!