Definition of the noun pistil

What does pistil mean as a name of something?

Alternative definition of the noun pistil

Printed dictionaries and other books with definitions for pistil

The pistil is a modified leaf. The flower, when complete, consists of four sets...

The pistil is the female organ of reproduction, and as stated before, when complete it consists of ovary, style and stigma. The fruit is essentially the matured pistil or ...

Botany of the United States North of Virginia (1848)

PISTIL. 108. The pistil is the organ which occupies the centre of a flower, within the ...

In Two Parts. Part I. Structural and Physiological Botany and Vegetable Products. Part II. Descriptions of Southern Plants. Arranged on the Natural System. Preceded by a Linnæan and a Dichotomous Analysis by John Darby

127t The pistil is the center of the flower, and forms the summit of the axis of growth. It is, like the other floral organs, a modification of the leaves. Each leaf of the pistil is called a carpel. The pistil is divided into three parts, the germ (which ...

The pistil is a series of modified leaves (the carpels) that contain the ovules. A pistil is composed of three basic parts: the stigma, the style, and the ovary/ovaries . The stigma is a sticky knob that receives the pollen. The pollen germinates and ...

A Manual of Materia Medica and Therapeutics (2014)

The Pistil is the female organ, surrounded by the staanc'rvs. men and floral envelopes, consisting of the ovary divided into one or more cells, and containing one or more ooules or the rudiments of future seeds. It is terminated by the stigma , ...

The pistil is the plants female component. It consists of the stigma, style, ovule, and ovary. Inside the ovary is the ovule, which forms cells called megaspores. Megaspores can divide to form eggs and polar bodies. Here's how a ...

The Botanist's and Gardener's New Dictionary; in which is Also Comprised, A Gardener's Calendar ... and to which is Prefixed an Introduction to the Linnæan System of Botany (1763)

by James WHEELER (Gardener at Gloucester.)

_ terminated by obtuse summits, _ The pistil is a roundish germen, si containing one cell 3, the seeds are '- try, and but sew cultivated in the , gardens, it is not necessary to : re_movcd,filct them be transplanted in the spring, into shady borders, ...

A pistil is the visual unit of the gynoecium and consists of an ovary, one or more stigmas (pollen receptive surfaces), and usually one or more styles (slender connections between stigma and ovary). A pistil may consist of only one carpel ...

The pistil is the organ which contains the rudiments of the seed; but the seed is never formed as a reproductive germ, without the influence of the pollen, or dust on the anthers. This mysterious impression is necessary to the continued ...

An Interpretation of the Language and Sentiment of Flowers : with an Outline of Botany, and a Poetical Introduction by Catharine Harbeson Waterman Esling

Encyclopædia Britannica: or, A dictionary of arts and sciences, compiled by a society of gentlemen in Scotland [ed. by W. Smellie]. Suppl. to the 3rd. ed., by G. Gleig (1810)

The pistil or gynoecium occupies the centre or axis of the flower, and is surrounded by the stamens and floral envelopes when these are present. It constitutes the innermost whorl, and is the female organ of the plant, which after flowering is ...

Online dictionaries and encyclopedias with entries for pistil 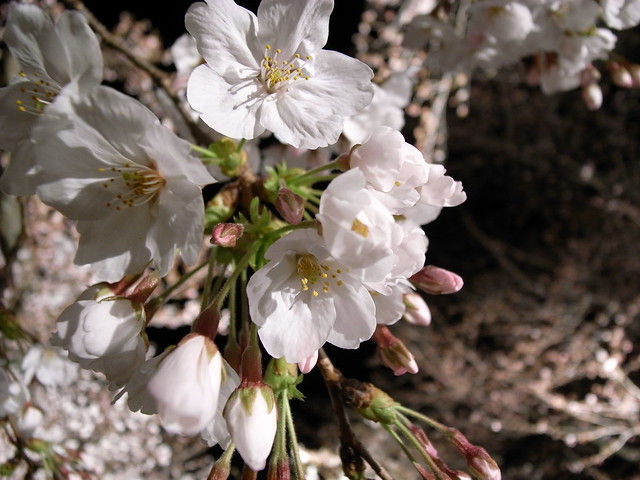 Video shows what pistil means. A discrete organ in the center of a flower capable of receiving pollen and producing a fruit, it is divided into an ovary, style and ...