Distribution of usage frequency for the most common synonyms of the noun pretense:

Definition of the noun pretense

What does pretense mean as a name of something?

Alternative definition of the noun pretense

Definition of the noun pretense for high school students

an appearance or action intended to deceive

The noun pretense is considered to be a word that all college-aspiring students should know and understand, so it frequently appears on the SAT, ACT and other college admissions tests.

"Pretense" is a book by Lori Wick.

Printed dictionaries and other books with definitions for Pretense

The pretense is that the law is a system of known rules applied by a judge; the pretense has long been under attack. In an important sense legal rules are never clear, and, if a rule had to be clear before it could be imposed, society would be ...

The pretense is that the law is a system of known rules applied by a judge; the pretense has long been under attack. In an important sense legal rules are never clear, and, if a rule had to be clear before it could be imposed, society would be ...

Aristotle and Kant on Virtue by Nancy Sherman

As Ronald de Sousa puts it, "earnest pretense is the royal road to sincere faith." 120 Sometimes we "pretend" through behavioral changes - through changes in facial expressions, body gestures, and vocalizations that evoke in us a changed ...

The pretense is that there is something in nature to be discovered, a “true beta,” an observable risk premium, so that the investigation can proceed in the way it does in the natural sciences. This is not so. The question “What is the market risk ...

Accepting the Role of Caregiver for Elderly Parents by Rick Briggs

Pretense is a behavior unknown to these people or discarded by them. Whether this is an Appalachian trait or a perspective developed over years of caring for a hard-to-manage Alzheimer's patient, there seemed to be an attitude that said.

And yet the pretense is that there are no highlands but this detached spur, Mars Hill! Still further, the highest position surveyed is nearly 50 miles short of the Melis , which falls into the St. Lawrence, and we do not perceive that the elevations ...

Although the Zohar's central pretense is that it is a Tannaitic midrash, its rambling , lengthy form and idiosyncratic Aramaic are unlike any other rabbinic creation. The Zohar is not a single work, but a collection of some two-dozen separate ...

PRETENSE'LESS, a., or PRETENCE LESS, a. -lès, not having or making pretenses. PRETEN'sión, n. -ten'shan [F. prétention]; a claim, true or false; a holding out the appearance of right or possession; right alleged or assumed; in OE, fictitious ...

PRETENSE,. TRICK,. AND. DEVICE. Garage liability for automobile dealers excludes losses resulting from fraudulent acts committed by customers or potential customers. For example, suppose a customer goes to a dealership and wants to ...

birthright, privilege 2 Pretense, pretension, make-believe are comparable though seldom interchangeable when they involve the idea of offering something false or deceptive as real or true. Pretense may denote false show in general, or the ...

The causes are discontent, pretense, and hope of success. The first arises “partly in fear of want of punishment” and “partly in ambition”; that is to say, if there is no sufficiently strong public system of coercion and sanctions, human beings may ...

Goods were obtained by false pretense where they were obtained on the represention that they were needed for sale, to supply demand, and were at once pledged for loans at usurious rates. Fisher v. Lee, 98 Va. 159, 35 S. E. 441. The words ...

Online dictionaries and encyclopedias with entries for Pretense 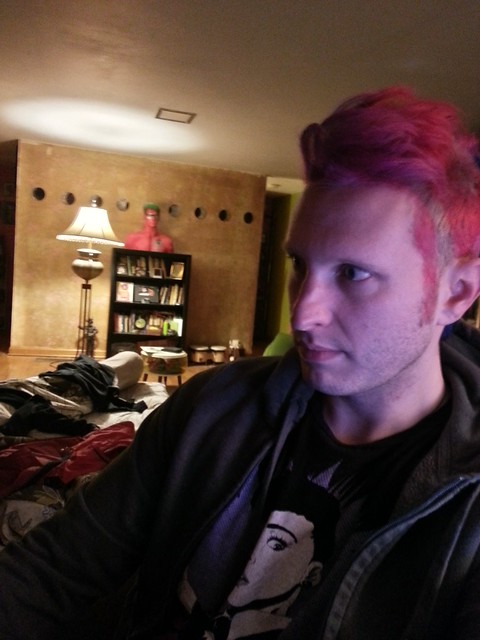 Video shows what pretense means. A false or hypocritical profession, as, under pretense of friendliness.. Intention or purpose not real but professed.

Whenever A annoys or injures B on the pretense of saving or improving X, A is a scoundrel. (H.L. Mencken)
more quotes about pretense...

See also the blanagrams of Pretense!

Go to the usage examples of Pretense to see it in context!