Definition of the verb primp

What does primp mean as a doing word?

Alternative definition of the verb primp

Printed dictionaries and other books with definitions for primp

The Seven Things You Need to Know to Reach Your Customers across TVs, Computers, Tablets, and Mobile Phones by Natasha Hritzuk, Kelly Jones

While PRIMP is a cross- platform operation witha presence onevery digitalscreen , mobileis theirkiller app; itenables consumers to pullin the content they need at the right time forthem. “For mobile, youcan have a one-to-one conversation.

PRODIGY 181 prink/ primp To prink oneself up is to dress carefully and finely, and admire oneself while doing so: 'Hugh spent ages prinking himself up before the mirror.' To primp is to dress similarly, but in an ultra-correct or proper manner ...

primp (primp), v.t. & v.L to dress up or groom in a fastidious way. prim-rose (prim'roz), ru 1. any one of variously colored plants with tubelike corollas. 2. the flower of such a plant, often yellow in color. primrose ...

Online dictionaries and encyclopedias with entries for primp

Distribution of usage frequency for the most common synonyms of the verb primp: 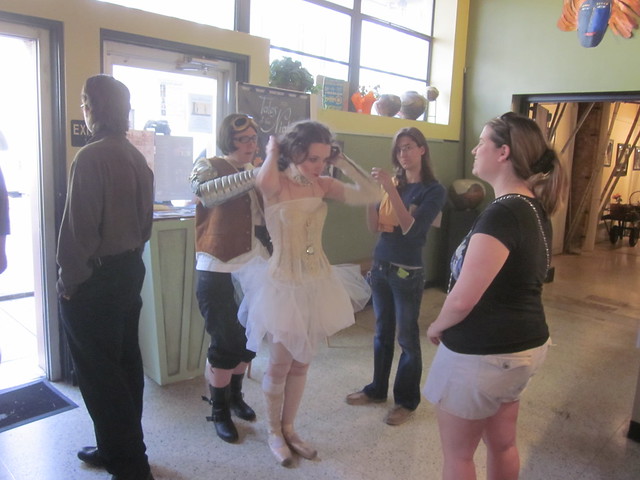 Video shows what primp means. To spend time improving one's appearance (often in front of a mirror).. primp pronunciation. How to pronounce, definition by ...