Definition of the noun quoin

What does quoin mean as a name of something?

Alternative definition of the noun quoin

Quoin: Quoins are masonry blocks at the corner of a wall. They exist in some cases to provide actual strength for a wall made with inferior stone or rubble and in other cases to make a feature of a corner, creating an impression of permanence and strength, and reinforcing the onlooker’s sense of a structure’s presence.

Printed dictionaries and other books with definitions for Quoin

Modern Technical Drawing, a Handbook Describing in Detail the Preparation of Working Drawings, with Special Attention to Oblique and Circle-On-Circle (2013)

Carrying up the quoin is the building up to the two ends of a wall in advance of the remainder for the purpose of lining the courses to keep ...

Including a Description of the Wind, Storms, Tides, Currents, &c., Sailing Directions; a Full Account of All the Islands; with Notes on Making Passages During the Different Seasons by William Henry Rosser

Gunner's Quoin. — The Gunner's quoin is an island about a mile long in a W. by N. aud E. by S. direction, the highest part of which, the north-western point, is steep and 515 feet above the sea; thence it slopes gradually towards the southeast, ...

A quoin is a solid which differs from a wedge in having its sharp end formed by the steep inclination of one side, instead of the mutual tapering of both sides. The lower subdivided part, called the junk, is one immense The Great Heidelburgh.

a quodlibetarian or quodlibetary is a person who talks or argues about any subject a quoin is an external angle of a wall or building, one of the stones or bricks serving to form the angle, as a cornerstone quomodo is ...

Quoin refers to an exteriorangle of a masonry wall, orone ofthe stones or bricks forming such an angle, usually differentiated from adjoining surfaces by material, texture, color, size, or projection.

A quoin is a solid which differs from a wedge in having its sharp end formed by the steep inclination of one side, instead of the mutual tapering of both sides. The lower subdivided part, called the junk, is one immense honeycomb of oil, formed ...

A quoin is a solid which ditfers from .' wedge in having its sharp end formed by the steep inclination of one side, instead of the mutual tapering of both sides.

A quoin is the external angle formed at the return of a wall. Where the angle formed is greater or less than 90 degrees the term squint quoin is used, qualified as obtuse or acute respectively. Stopped ends At the end of a run of wall the toothing ...

A quoin is a solid which differs from a wedge in having its sharp end formed by the steep inclination of one side, instead of the mutual tapering of both sides. (H. Mel‐ ville) Everything, Bertrand (much as it may surprise you), has three ...

The India directory, for the guidance of commanders of steamers and sailing vessels, founded upon the work of J. Horsburgh (1874)

quirk molding, quirked molding A molding quoin, coign, coin In masonry, a hard stone or brick used, with similar ones, to reinforce an external corner or edge of a wall or the like; often distinguished decoratively from adjacent masonry; may be ...

DU QUOIN City, Serry County; Southwest Illinois, 35 mi. south of Centralia. Du Quoin, although settled at an earlier time, was actually founded in 1853 when the first settlement was moved to the site of a new railroad. It was named after Jean ...

quoin moulding; a decorative moulding whose cross-section is that of a bead or ovoid formed with a quirk or notch on one or both sides; see also flush bead moulding. quirking tool a small masonry chisel for cutting narrow grooves or ...

A quoin can also be a wedge or expanding mechanical device used for securing letterpress pages into a chase prior to printing, or a wedge for raising the level of a gun barrel or for keeping it from rolling. coke Coke is a solid fuel made by ...

Online dictionaries and encyclopedias with entries for Quoin 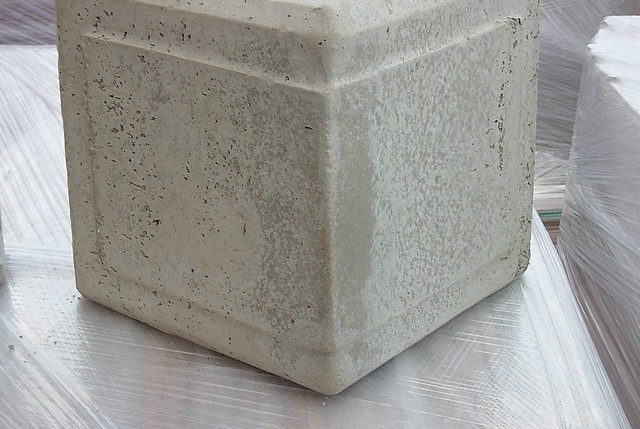 Video shows what quoin means. Any of the corner building blocks of a building, usually larger or more ornate than the surrounding blocks.. The keystone of an ...