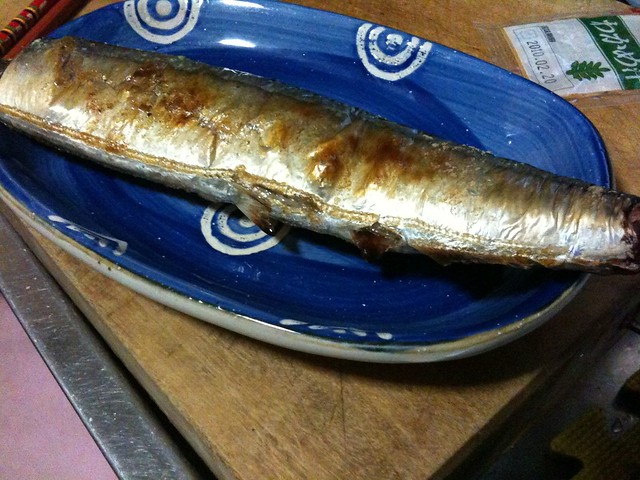 Sanma a.k.a. Sanma Akashiya is a Japanese TV comedian and actor simply known as Sanma. His real name is Takafumi Sugimoto. His talent agency is Yoshimoto Corporation.

Sanma a.k.a. Sanma Province: Sanma is a province located in the Northern part of the nation of Vanuatu, occupying the nation's largest island, Espiritu Santo, which is located approximately 2,500 km northeast of Sydney, Australia.

Printed dictionaries and other books with definitions for Sanma

A Dictionary of the Aneityumese Language (1882)

In Two Parts. I. Aneityumese and English. II. English and Aneityumese. Also Outlines of Aneityumese Grammar. And an Introduction, Containing Notices of the Missions to the Native Races, and Illustrations of the Principles and Peculiarities of the Aneityumese Language by John Inglis

A dictionary of the Aneityumese language, also outlines of grammar (1882)

Online dictionaries and encyclopedias with entries for Sanma