Distribution of usage frequency for the most common synonyms of the noun scarp:

Scarp is sometimes a misspelling of scrap.

Definition of the noun scarp

What does scarp mean as a name of something?

Scarp a.k.a. Scarp, Scotland: Scarp is an uninhabited island in the Outer Hebrides of Scotland, west of Hushinish on Harris. Once inhabited, the island was the scene of unsuccessful experiments with rocket mail, since commemorated in two films.

Printed dictionaries and other books with definitions for scarp

The Suffolk Scarp is an old beach front passing north to south through the county at an elevation of about 25 feet above sea level.

An Inventory of the Ancient Monuments in Brecknock (Brycheiniog): Hill-forts and Roman remains (1986)

by Royal Commission on the Ancient and Historical Monuments in Wales

end of the counterscarp bank and the W. perimeter scarp is an unfinished dry moat 120 Castell Dinas (HF 50) from the south intended to continue that of the middle bailey ...

The scarp is the result primarily of differential erosion of the easily weathered and eroded San Sebastián Formation and volcanic...

Energy and Environment in the California-Baja California Border Region (1995)

Second, the specific project on energy and environment in the California-Baja California border region is supported by a grant from the Southwest Center for Environmental Research and Policy (SCARP). SCARP is a consortium of San Diego ...

The Mercury Minerals from Terlingua, Texas (1909)

Elkhorn Scarp is the most striking topographic evidence of the action of the San Andreas faulting. It is undoubtedly due to the dropping down of the Carrizo Plain or the elevation of the Elkhorn Valley about 200 feet. From the upper end of this ...

The 7 m high limestone scarp is a rather strong obstacle for waves (Fig. 5) and the retreat rate may seem slow, just about 15 meters within last 160 years, but it has still influenced the outline of the lighthouse settlement. Osmussaar as a whole ...

Elkhorn Scarp is the most striking topographic evidence of the action of the San Andreas faulting. It is undoubtedly due to the dropping down of the Carrizo Plain or the elevation of the Elkhorn Valley about 200 feet. From the upper end of this ...

A scarp is a steep cliff and a slope. Suction is a force of ...

Thus, the Cody Scarp is a critical feature for the chemical composition of the regional groundwater because it controls the extensive mixing of generally low pH surface water with the groundwater (Upchurch and 43 49 FiELd TriPS To ...

Scarp formation is also possible with DURICRUSTs as caprocks. The resistant crusts develop in homogeneous lithological units by weathering and soilforming processes. Scarps of this kind are called homolithic scarps and are most frequently ...

Scarp. A laterally extensive precipitous face along a beach or dune formed by erosive wave action where sand falls away under the influence of wave-assisted mass movement.

scarp. A steep slope resulting from the movement of rock strata down the *dip of a normal fault; Locke et al. (1992) Bull. Seismological Soc. America 82 describe the Teton Range fault scarps. A faultline scarp is formed when faulting juxtaposes ...

and separated from the Chowan by a well-marked sea- facing scarp, ...

fault scarp A fault scarp is a tectonic landform coincident with a fault plane that has ...

The scarp, which is about 610 m high, is structural rather than cyclical, as the African surface has been traced at lower elevations around the plateau between the towns of Gussau, Kontagora, Kusheriki, Abuja, Wase, Bauchi and Kano.

A Dictionary of Geology and Earth Sciences (2013)

scarp retreat Saxonian The European stratigraphic term that is equivalent to the Upper 'Rotliegende and Weissliegende. See also AUTUNIAN. S-band The radar frequency band between 1550 and SZOOMHZ. scalenohedron A 'crystal ...

Online dictionaries and encyclopedias with entries for scarp 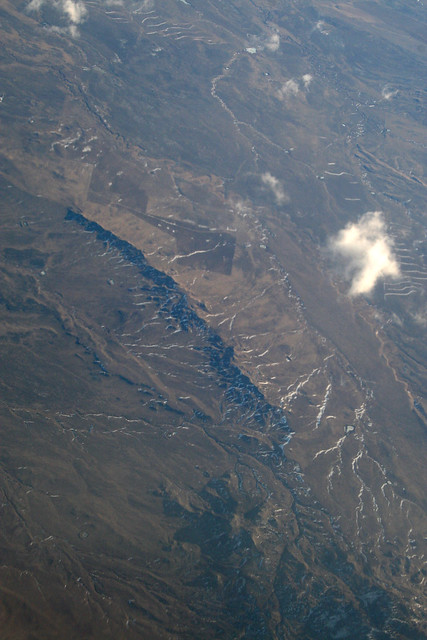 Video shows what scarp means. the steep artificial slope below a fort's parapet. a cliff at the edge of a plateau or ridge caused by erosion; the steeper side of an ...