Distribution of usage frequency for the most common synonyms of the noun spook:

Spook is sometimes a misspelling of spoke.

The word spook is considered to be an easy one, according to the Dale-Chall word list, which includes 3000 words that all fourth-grade American students should know and understand.

Definition of the noun spook

What does spook mean as a name of something?

Alternative definition of the noun spook

Definition of the verb spook

What does spook mean as a doing word?

Alternative definition of the verb spook

"Spook" is a 1988 Australian film about a family who goes on a getaway and is attached by something dangerous in the forest.

"Spook" a.k.a. "Spook: Science Tackles the Afterlife", published by W. W. Norton & Company, a non-fiction work by Mary Roach, is a humorous scientific exploration as to whether there is a soul that survives death. In Britain, the title of the book is Six Feet Over: Adventures in the Afterlife.

There are other people with in their name, like Spook Jacobs.

Spook is an Australian band, comprising of Chanel Cole and Daniel Belle along with electronic producers Dennis Gascoigne and Leo Hede, better known as Statler & Waldorf.

Printed dictionaries and other books with definitions for Spook

The Zara Spook is a deadly lure for these fish, as is the Rat-Lure. There are spoil bars on both sides of the channel near the range marker west of the island, and these are excellent areas to anchor and chum for big Spanish mackerel in spring ...

The Spook is an essence regarded as having a real existence and so terrifying and controlling the person who believes in it. Spooks are God, man, the people, the family, or even the Devil. The Beeinthebonnet is a fixed idea, moral notions ...

Released when the blaxploitation formula had become a staple pro duct in Hollywood, The Spook is the rare serious, dramatic depiction of black revolution in a year marked by more sup erfly character—driven black action flicks. The film ...

The Devil's Dictionary, Tales, and Memoirs by Ambrose Bierce

Spook. House. O. N the road leading north from Manchester, in eastern Kentucky, to Booneville, twenty miles away, stood, in 1862, a wooden plantation house of a somewhat better quality than most of the dwellings in that region. The house ...

spook n. derogatory term for an African or African American person. 2. someone who is strange, possibly frightening.

A Century of Musicals in Black and White: An Encyclopedia of Musical Stage Works By, About, or Involving African Americans (1993)

An Encyclopedia of Musical Stage Works By, About, or Involving African Americans by Bernard L. Peterson Jr.

specter see spook spire/ steeple Strictly speaking, a spire is the tall, pointed structure on top of a church tower: 'We climbed to the roof of the tower to see the spire soaring above us.' A steeple is either the tower or, more usually, the whole ...

Online dictionaries and encyclopedias with entries for Spook 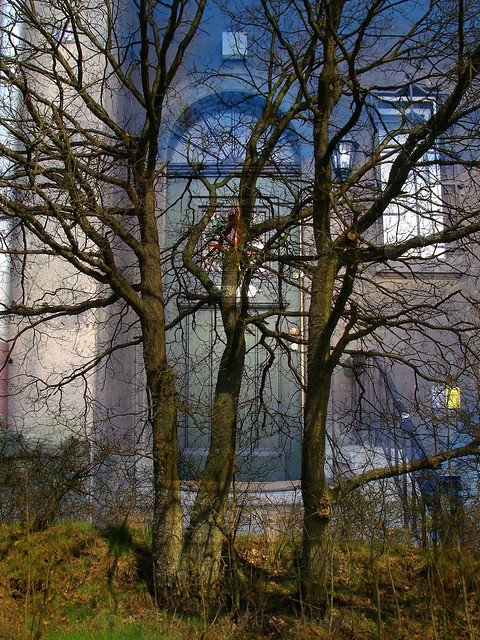 I was required by Capital to release one every six months and the fastest I could do with all my touring was every nine months, and it would spook me every time because I never had what I needed and I really didn't want to do covers. (Leo Kottke)
more quotes about spook...

See also the blanagrams of Spook!

Go to the usage examples of Spook to see it in context!