Stare appears in the following palindromes (phrases that read the same backward as forward):

Stare is sometimes a misspelling of stair, star, stars or story.

The word stare is considered to be an easy one, according to the Dale-Chall word list, which includes 3000 words that all fourth-grade American students should know and understand.

Definition of the noun stare

What does stare mean as a name of something?

Alternative definition of the noun stare

Definition of the verb stare

What does stare mean as a doing word?

Stare is one of the top 1000 most common verbs in the English language.View more statistics!

Alternative definition of the verb stare

Stare a.k.a. Staré is a village and municipality in Michalovce District in the Kosice Region of eastern Slovakia.

Printed dictionaries and other books with definitions for Stare

Containing Biographical Sketches of Prominent and Representative Citizens, Together with Biographies of All the Governors of the State, and of the Presidents of the United States

Stare is the next younger; Sarah is the...

Stare is a patentee of several valuable devices, including the steel and iron road, which was patented December 16, ...

Actually experiencing the hard stare is an event that becomes indelibly imprinted on the psyche. “It was a beautiful October afternoon after we'd had a lot of rain,” Liz Buckham recalled the spring of 2012. “l wasn't going to walk far, just to the ...

Vith is mentioned, a blank stare is the response. Many television programs INTRODUCTION.

The stare is a characteristic combat stress reaction which may be a precursor to, or symptom of, post-traumatic stress disorder.” As of the time of this writing, there are still a few among us who remember the horrors of the first World War, which ...

A direct eyeline stare is a universal animal kingdom sign of aggression and triggers fear, anxiety, and stress responses. [tip] One of the most important concepts in blocking and staging a movie scene is that you always try ...

Photography and Its Violations (2014)

The stare is the power of the image to overwhelm, to suffuse the observer with pity, horror or revulsion.” A politics of violence bifurcated by the requirement to look and the need to look away, therefore, is also conditioned by the need to ...

star en, staroogen, to stare, gaze, look fixedly. N. stara, stira, are also used in the sense of simply looking, turning the eyes towards. Star, eyes, look, sight ; brunt star, brown eyes. As the act of looking consists only in ...

STARE. Hence it is that the enemies of God take occasion. asserting of all proclamations, and orders of state ; to the vindicating of illegal commissions and grants of monopolies; holding for honourable that which pleased, ...

Online dictionaries and encyclopedias with entries for Stare

Usage statistics for the verb stare:

Distribution of usage frequency for the most common synonyms of the verb stare: 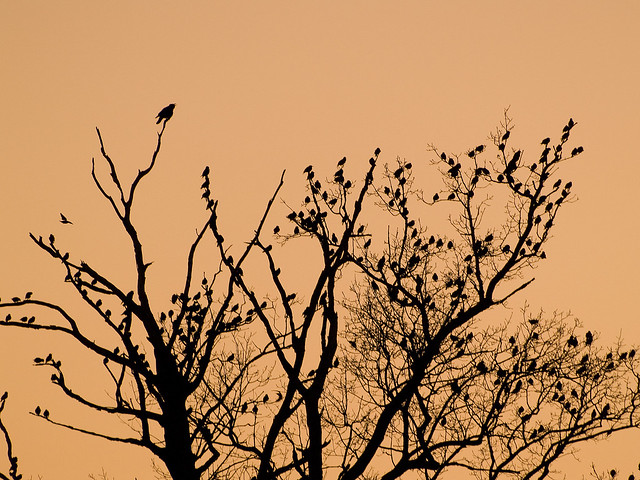 View more videos about Stare decisis and Stare Someone in the Face.

Miles and miles
Of loneliness
Stare at me.

I stare back
And ask:
Who in this
World is not
Lonely? (Aparna Chatterjee)
more quotes about stare...