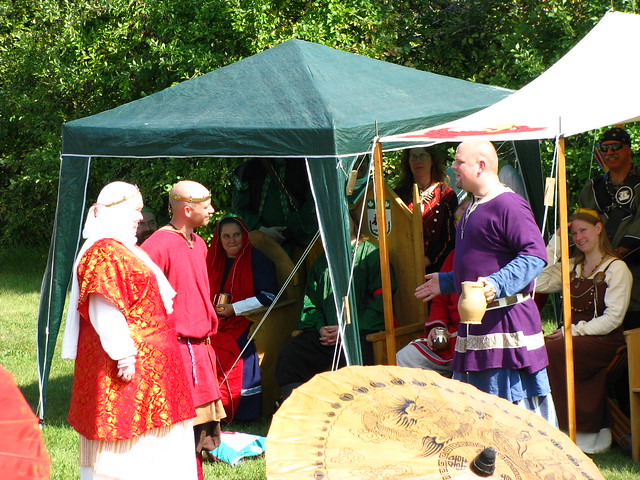 Definition of the noun tanist

What does tanist mean as a name of something?

Printed dictionaries and other books with definitions for tanist

TANIST, n. ta'nist or tán'ist [Gael. tanaistcl: formerly the elected chief of an Irish sept or clan. TANISTRY, n. tă'nis-tri, the ancient Celtic custom of succession, generally described as devolving the right to inherit lands or authority on the oldest ...

Being a Thesaurus of Words, Phrases and Idioms of the Modern Irish Language, with Explanations in English by Patrick Stephen Dinneen

was called the tanist, also tanister. The election was usually held, legend tells, near large monoliths which, surviving today, are called tanist stones. tank. See stank. tanling. (A young) one tanned by the sun's rays. Shakespeare ...

The man selected as successor to a chief of a tribe, or chieftain of a sept, was called the tanist, and should be “the most...

at first probably to the selection of the successors of a ríg, but was gradually so extended that even a bó-aire had a tanist.

Online dictionaries and encyclopedias with entries for tanist

And tells his Tanist how it is

Einar gives Toryn a piece of his mind, apparently you shouldn't poke the bear... its growly

Video shows what tanist means. The heir presumptive to a Celtic clan.. Tanist Meaning. How to pronounce, definition audio dictionary. How to say tanist.