Definition of the noun throe

What does throe mean as a name of something?

Alternative definition of the noun throe

Printed dictionaries and other books with definitions for throe

101 Words to Inspire and Affirm by Caren Goldman, Belleruth Naparstek

MOTHER GOOSE THE WORD THROE means a condition of agonizing struggle or trouble, ...

throe, throw Throe is a spasm or pang (and is usually in the plural). Throw is to cast or hurl through the air. Last throws may be all right on ...

Adolescents and Their Families (2013)

With Notes on the Correct Use of Prepositions, Designed as a Companion for the Study and as a Text-book for the Use of Schools by James Champlin Fernald

Throe is a violent and thrilling pain. Paroxysm applies to an alternately recurring and receding pain, which comes as it were in waves; the paroxysm is the rising of the wave. Torment and torture are intense and terrible sufferings. Agony and ...

A throe is a spasm of some pain. Therapeutics deals with treatment and its shots. A thoracotomy is a chest wall incision. Thalidomide caused problems with pregnancy. Theobromine is caffeine like white powder. Theine is the caffeine found in ...

English Synonyms and Antonyms, with Notes on the Correct Use of Prepositions (1896)

Throe is a violent and thrilling pain. Paroxysm applies to an altgjnately recurring and receding pain, which comes as it were in waves ; the paroxysm JsTthe rising of the •wave. Torment and torture are intense and terrible sufferings. Agony and ...

A Review of World-wide Christian Thought

But throe is the number of the Spirit. Accordingly, the enumeration of three times fourteen members denotes the perfect unfolding of ...

A throe is a pang characteristic of a process (as of labor in childbirth). Because ...

THROE, n. s. the pain of travail; the anguish of bringing children. Any extreme agony ; the final and mortal struggle. To THROE, v. a. to put in agonies. THRONE, n.s. a royal seat; the seat of a king.

A General Pronouncing and Explanatory Dictionary of the English Language (1804)

For the Use of Schools, Foreigners, &c. on the Plan of Mr. Sheridan by Stephen Jones

THROE, (thrö) s. the pain of travail, the anguish of bringing children ; any extreme agony, the final and mortal struggie. "To THROE, (thrö') v. a. to put in agonies. Not in use. THRONE, (thrône) s. a royal seat, the seat of a king; the seat of a ...

A meaaure equal to throe quartera of an inch ; alao, a character denoting a f, gure, ...

A Critical Pronouncing Dictionary, and Expositor of the English Language ... (1827)

To which are Prefixed, Principles of English Pronunciation ... : the Whole Interspersed with Observations, Etymological, Critical, and Grammatical by John Walker

Based on the Labours of the Most Eminent Lexicographers ... by P. Austin Nuttall

A Critical Pronoucing Dictionary & Expositor of the English Language in which Not Only the Meaning of Every Word is Dearly Explaind the Sound of Every... (1830)

Online dictionaries and encyclopedias with entries for throe 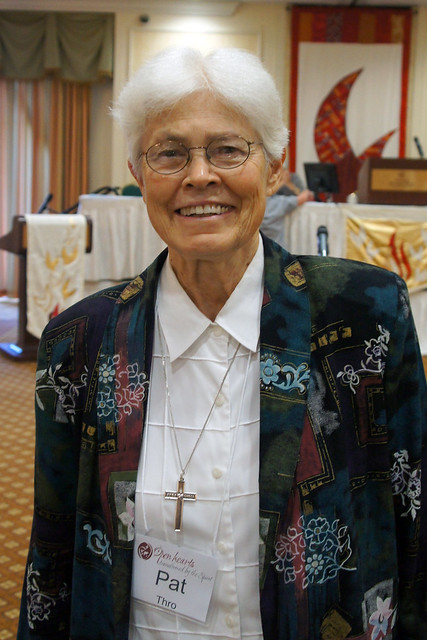 Video shows what throe means. A pang, spasm.. A hard struggle.. A tool for splitting wood into shingles; a frow.. throe synonyms: Wikisaurus:agony, ...

I like a look of Agony,
Because I know it's true—
Men do not sham Convulsion,
Nor simulate, a Throe—

The Eyes glaze once—and that is Death—
Impossible to feign
The Beads upon the Forehead
By homely Anguish strung. (Emily Dickinson)
more quotes about throe...