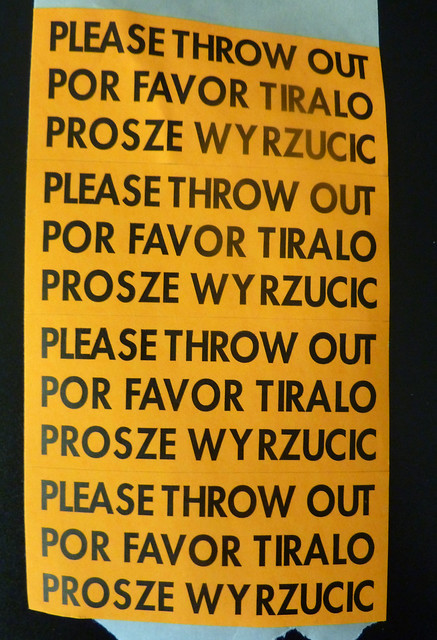 Distribution of usage frequency for the most common synonyms of the verb throw out:

Definition of the verb throw out

What does throw out mean as a doing phrase?

Alternative definition of the verb throw out

Specialised definition of the verb throw out

to retire an opponent by throwing the ball to a fielder at the base to which the opponent is running (2005. Chambers Sports Factfinder. Chambers Harrap Publishers Ltd)

Phrases with throw out

Printed dictionaries and other books with definitions for throw out

Throw out: To get rid of something that you do not want or need. E.g. We must usually throw out all our old magazines. 4677. Throw out: To make someone leave a place, school, or organization, especially because they have done something ...

Throw out our eyes for brave Othello, Even till we make th' aerial blue An indistinct regard. Shakspeare. To repose.—In time of temptation be not busy to dispute, but rely upon the conclusion, and throw yourself upon God, and contend not with ...

Online dictionaries and encyclopedias with entries for throw out

Photos about throw out

Quotes about throw out