Definition of the adjective utopian

What does utopian mean as an attribute of a noun?

Alternative definition of the adjective utopian

Definition of the noun utopian

What does utopian mean as a name of something?

Alternative definition of the noun utopian

Utopian is an Horse.

The Utopian was a unique, one of a kind, English automobile created in 1914. Built by the Utopian Motor Works of Leicester, the car was powered by a two-cylinder water-cooled engine mounted under its seat. For steering, there was a side tiller. Only one car is believed to have been made, for a local clergyman; the company did, however, manufacture bicycles with some success.

Printed dictionaries and other books with definitions for Utopian

This section also includes entries documenting the unique phenomenon of Utopian communities that have been integral to American society from the origins of European colonization. From the earliest days of settlement to the contemporary ...

Encyclopedia of Literature and Politics: S-Z (2005)

Utopian visions make moral principles more concrete in a way that can guide us in creating new and different ways of organizing society and economy. Thus, utopianism represents a radical extension of normative economics. Nature of ...

As Darko Suvin has suggested, science fiction is special in that it tends to suggest utopian possibilities more strongly than do other forms of fiction, though all fiction has a potential utopian component and overtly utopian texts certainly pre-date ...

The Concise Oxford Dictionary of Politics (2009)

Utopian. Communities. New. Jersey's. favorable climate, soil, and proximity to New York and Philadelphia have made it an ideal location for various ideology- based communities. The earliest of these were the Fourierist North American ...

Online dictionaries and encyclopedias with entries for Utopian 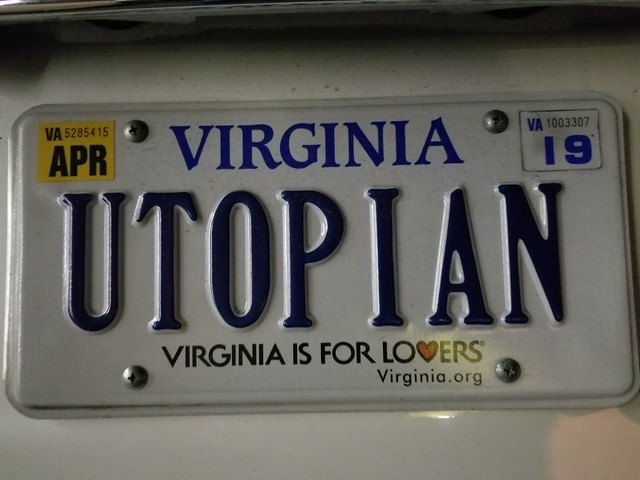 Around 1967 I began backing away from dogmatic Leninism, not so much because I thought it was false, I just decided there was nothing utopian about it. (Henry Flynt)
more quotes about utopian...