Distribution of usage frequency for the most common synonyms of the noun weed:

Weed is sometimes a misspelling of we.

The word weed is considered to be an easy one, according to the Dale-Chall word list, which includes 3000 words that all fourth-grade American students should know and understand.

Definition of the noun weed

What does weed mean as a name of something?

Alternative definition of the noun weed

Definition of the verb weed

What does weed mean as a doing word?

Alternative definition of the verb weed

There are other places with in their name, like Weed...! and Weed Patch.

Phrases starting with the word Weed:

Phrases ending with the word Weed:

View more phrases with the word Weed in thesaurus!

Printed dictionaries and other books with definitions for Weed

Weed is an every day term used in a variety of senses, usually to describe a plant considered undesirable within a certain context. The wordcommonly applied to unwanted plants in humancontrolled settings, such as farm fields, gardens, ...

Jimson weed is a perennial which grows into a good sized bush with large spreading branches. It bearsapurplish white flower which develops into a large bur during the late sum~ mer and autumn. The Jimson weed is very fond of fertile soil.

Healing Secrets of the Native Americans (2004)

Herbs, Remedies, and Practices That Restore the Body, Refresh the Mind, and Rebuild the Spirit by Porter Shimer

PHYSICAL CHARACTERISTICS Squaw weed is a small perennial, between one and two feet high, with an erect, smooth stem. Rounded leaves grow sparsely at the bottom section of the plant and feathery fernlike leaves grow from the top ...

By definition, “A weed is any unwanted plant.” Purely subjective on the part of the gardener. Granted, that opens the door to debate on native plants and self- sowing annuals that might take root in the garden and in other places where they ...

by Donald B. Robertson

Online dictionaries and encyclopedias with entries for Weed 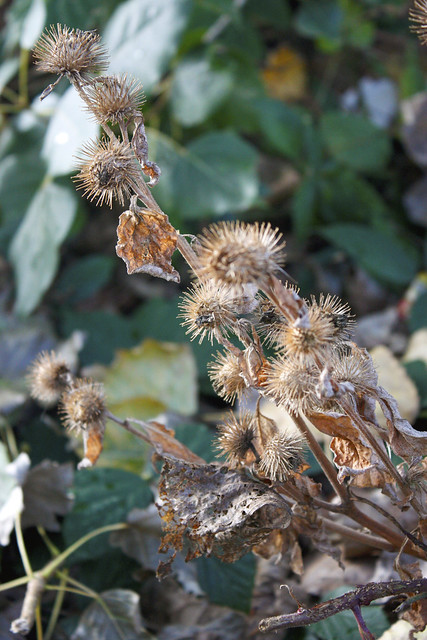 Plant and your spouse plants with you; weed and you weed alone. (Jean Jacques Rousseau)
more quotes about weed...