Distribution of usage frequency for the most common synonyms of the verb wipe out:

Definition of the verb wipe out

What does wipe out mean as a doing phrase?

Alternative definition of the verb wipe out

Who is Wipe Out?

Wipe Out a.k.a. Alec Empire is a German musician who is best known as a founding member of the band Atari Teenage Riot. Also a prolific and distinguished solo artist, producer and DJ, he has released well over a hundred albums, EPs and singles and remixed over seventy tracks for various artists including Björk. He was also the driving force behind the creation of the digital hardcore subgenre and the record labels Digital Hardcore Recordings and Eat Your Heart Out.

"Wipe Out" is a book published in 2008 that was written by Justin Richards.

Wipe Out is an amusement ride.

Printed dictionaries and other books with definitions for Wipe Out

A Dictionary and Glossary of the Koran (2013)

Doctors hope that they will be able to wipe out malaria very soon. wipe up 1 (transitive, adverb) remove something ...

the floor with; settle a (wipe out an old) score. wipe off the map Also, wipe off ...

Online dictionaries and encyclopedias with entries for Wipe Out

Photos about Wipe Out 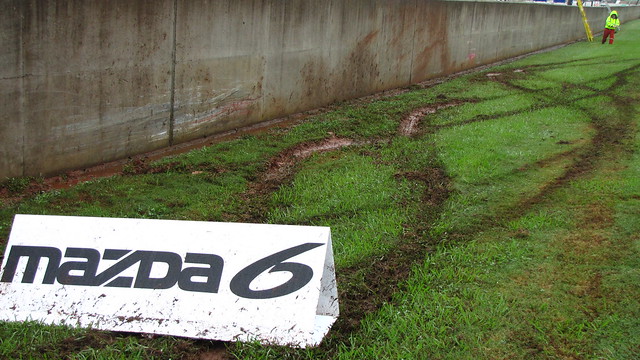 Video language resources about Wipe Out

See also the pronunciation examples of Wipe Out!

Quotes about Wipe Out