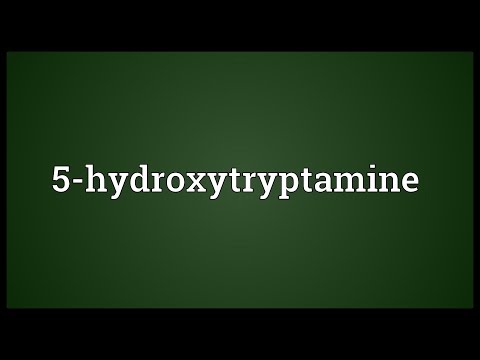 Serotonin (also known as 5-hydroxytryptamine (5-HT)) is a neurotransmitter that has an essential role in the regulation of emotion.
(Nature, 24 August 2016)

For the first time, serotonin (5-hydroxytryptamine, 5-HT) has been directly implicated in the pathophysiology of rheumatoid arthritis (RA).
(Science Daily - News, 9 March 2016)

The formation of a heteromer between cannabinoid 1 receptor and 5-hydroxytryptamine (serotonin) receptor 2A in the brain is required for cannabinoid-induced cognitive impairment, but not analgesia, in mice.
(Nature Reviews Neuroscience, 29 July 2015)

Go to the thesaurus of 5-Hydroxytryptamine to find many related words and phrases!