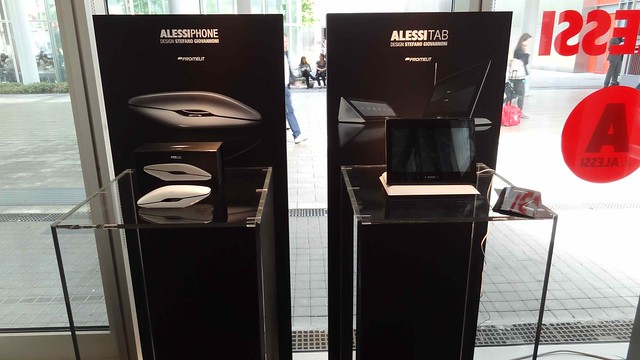 Italian housewares company Alessi never afraid to be a bit whimsical with its designs.
(The Vancouver Sun - Life, 13 August 2015)

Prince Andrew was accompanied by two 'off-duty' bodyguards, who slept in one of the guest bedrooms when he visited Jeffrey Epstein's Florida mansion, butler Juan Alessi has claimed.
(Daily Mail - News, 11 January 2015)

Cecilia Alessi, a tour guide, showed the sights of Rome from atop Palatine Hill to Lachlan Hayes, left, and Dylan Cross of Australia, Helen Young and Karl Denzer of Colorado and Carly Bandt of Minnesota.
(The New York Times - Business, 28 November 2016)

Michael Graves was an architect who created whimsical postmodern structures and became well-known later in life for designing products for people with disabilities and household goods such as Alessi teakettles and stainless steel colanders.
(The Independent - People, 19 March 2015)

Anything that makes cleaning more interesting is worth the investment and leading design brands like Alessi, Muuto and Hay seem to agree, helping us along with a range of bright and beautiful cleaning accessories that should give a Cinderella skip to your step.
(The Vancouver Sun - Life, 9 April 2015)

Don't miss the pronunciation examples of Alessi to learn how to say it correctly!

Go to the thesaurus of Alessi to find many related words and phrases!