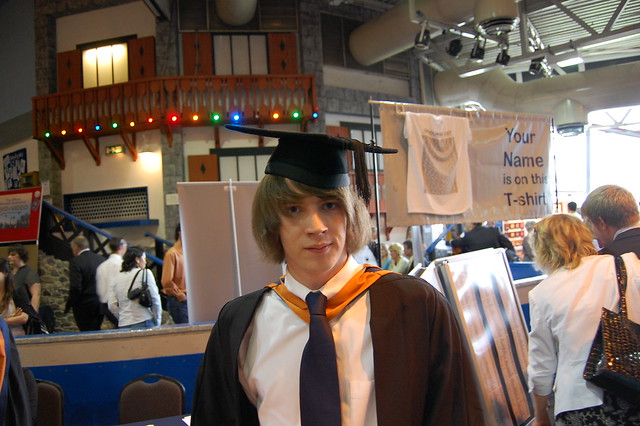 Examples of Cap and gown

I'm looking forward to seeing you in your cap and gown.

Picture this: It’s May, and you’re dressed in your graduation cap and gown.
(Forbes - Education, 19 September 2016)

The British actress, who started at the Ivy League school in 2009, tweeted a photo of herself in her cap and gown Sunday.
(The Hollywood Reporter - Movies, 25 May 2014)

A mother puts on her son's cap and gown to accept the diploma on behalf of her son, a high school senior killed just days earlier.
(NBC Today, 21 May 2015)

A growing number of college seniors is ditching the traditional springtime cap and gown ceremony to get a head start in the real world.
(USA Today - National, 6 January 2015)

British actress Emma Watson tweeted a photo of herself wearing a cap and gown in preparation for her graduation Sunday from Brown University in Rhode Island.
(UPI - Entertainment News, 26 May 2014)

With graduations just a short eight weeks away, the days are long but the months are short- before you know it your whole family will be in town, and you will be in a cap and gown.
(Forbes - Education, 30 April 2016)

With graduations just a short eight weeks away, the days are long but the months are short--before you know it your whole family will be in town, and you will be in a cap and gown.
(Forbes - Education, 30 April 2016)

With her arms wrapped around her baby, the California mom who nursed her 3-month-old daughter at her college graduation in cap and gown last month — an image now going viral — was filled with pride and happiness.
(NBC Today, 9 June 2014)

Commencement season is once again upon us and with that comes a flurry of leaders traversing the country to don the ceremonial cap and gown, all with the mission of imparting words of wisdom and lessons learned upon 2013’s newly-minted grads.
(Forbes - Technology, 28 May 2013)

After the graduands were piped into the hall, after the dean delivered the usual platitudes about how they should live their lives, after the convocation speaker unexpectedly wept during her speech, the girl, which is how I will always think of her even though she is now a woman, crossed the stage in her rented cap and gown, shook the dean’s hand and received her degree.
(The Vancouver Sun - News, 8 June 2015)

Don't miss the pronunciation examples of Cap and gown to learn how to say it correctly!

Go to the pronunciation of Cap and gown to learn how to say it correctly!