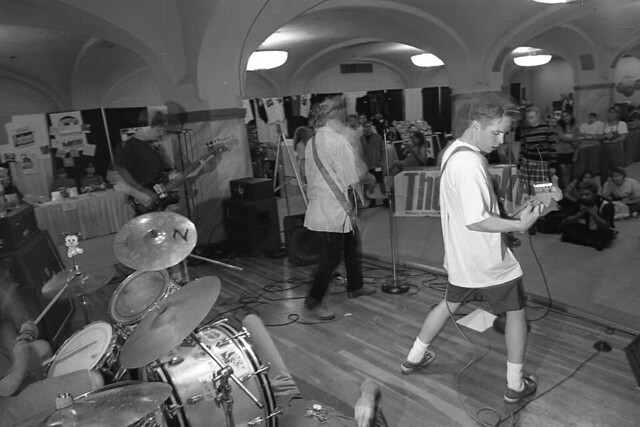 Now a longtime employee and his fiancée are taking the reins and hope to continue run the independent music shop for years to come.
(The Denver Post - Business, 29 March 2017)

A body representing independent music labels is asking the EU to intervene in a row over a proposed YouTube music subscription service.
(BBC News - Technology, 4 June 2014)

Some independent music shops complain the internet is bad for business but one has turned the tables and transformed its staff into YouTube stars.
(Daily Mail - Money, 11 August 2015)

The annual celebration of independent music retailers has become most stores’ biggest day of the year as a result of the hundreds of limited-edition, specially issued records, cassettes and CDs.
(Randall Roberts in Los Angeles Times - Pop & Hiss, 18 April 2014)

On a recent night off in Austin, Texas, a city known for its plethora of independent music venues, funky bars and eclectic restaurants, Vancouver's Grant Daisley found himself checking out the local grocery store.
(The Vancouver Sun - Business, 2 November 2014)

British singer Adele became the poster child overnight for a new outrage: YouTube and a small number of independent music labels are fighting over the terms of YouTube's upcoming paid music streaming service, and the fate of those labels' videos on YouTube is blurry.
(Forbes - Technology, 18 June 2014)

By virtue of the aggravating competition, it’s my estimation that a TuneLaunch commercial will stick out against the din of car insurance plugs and campaign advertising—for a TuneLaunch spot features something mainstream radio supposedly champions (unadorned music, front and center) and something it palpably doesn’t (independent music you haven’t heard before).
(Forbes - Technology, 15 December 2014)