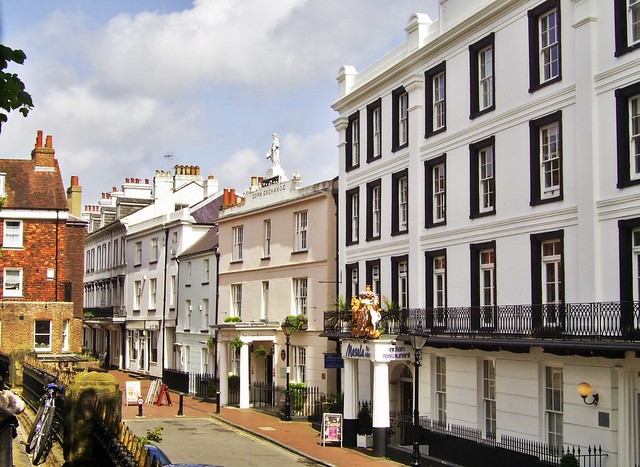 But the famous spring at the heart of Royal Tunbridge Wells is reported to have run dry after four centuries.
(Daily Mail - Travel, 25 June 2014)

Katharine Hangley said her son Jay (pictured) accidentally turned up the volume while eating breakfast at the Russell Hotel in Royal Tunbridge Wells, when they were accosted by the manager.
(Daily Mail - News, 27 July 2016)