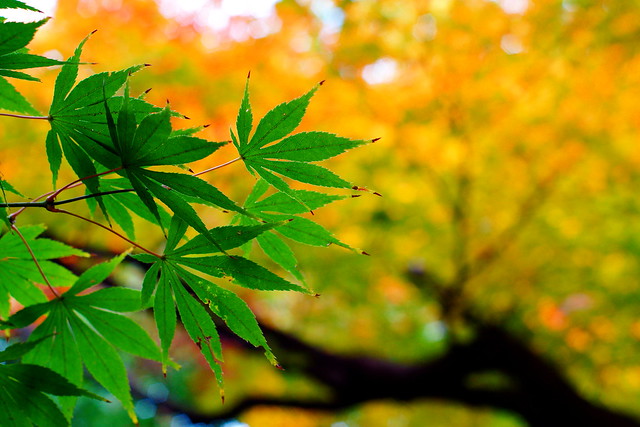 Examples of After This

Who looks after this dog?

What is the next street after this?

What are you planning to do after this is over?

Tom won't be going back to Boston after this, will he?

Who will be left in the hat after this weekend's third round?
(James Orr in The Independent - Football, 8 January 2016)

After this past winter’s big chill, is it any wonder that home decor is screaming florals?
(NBC Today, 28 April 2014)

After this dramatic coup in Egypt, what is to stop the army and angry public from rudely ejecting the next democratically elected leader in Egypt if one ever takes office?
(Daily Mail - News, 4 July 2013)

Facing sanctions for its treatment of Ukraine, watching its currency fall 45% against the Dollar in the wake of collapsing oil prices, the Central Bank (a few hours after this article was first posted) raising interest rates from 10.5 to 17%, facing the predictable wave of inflation as a result?
(Forbes - Business, 15 December 2014)

I will look after this child.

I have to look after this cat.

I can sleep in peace after this.

You will owe me a favor after this.

We have another test after this one.

We'll be back after this short break.

After this, Miki was taken to the hospital.

I wonder what we're going to do after this.

We're going to another party after this one.

I was told I would feel better after this medicine.

Tom wants me to go to another party after this one.

Hopefully you'll comply with traffic regulations after this.

After this, nobody ever saw the ghost of the old woman again in that alley.

I'm going to eat your head and I will laugh in front of your dead body, after this.

After this he went down to Capernaum with his mother and brothers and his disciples.

At the same time, the clerk Natsue Arimura told Gokijo of his intent to resign after this month.

First the good God made Man, then He made Woman. After this, He took pity on Man, and gave him tobacco.

I hope this expense report contains all the relevant business expenses because I'm not paying a cent more after this.

But I want to do good work, after this series.
(Jackie Cooper)

I'd love to do something else for Avatar after this.
(Mark Millar)

After this one the Campbells aren't going to have anything to do with me.
(Nigel Tranter)

That was Embassy Pictures, they went bankrupt shortly after This is Spinal Tap came out.
(Harry Shearer)

After this week the pressure on Fifa will cease.
(David Bernstein in The Telegraph - Sport, 29 May 2015)

Kobe Bryant couldn't restrain himself after this one.
(The New York Times - Pro-Basketball, 22 January 2013)

An NBA staple will hand over his whistle after this season.
(UPI - Sports News, 2 January 2016)

After this performance, even the cynics will pay grudging respect.
(Daily Mail - Sport, 23 March 2014)

In one case RDS Transport was saved after This is Money stepped in.
(Daily Mail - Money, 29 November 2013)

Schilling has one year remianing on his contract after this season.
(USA Today - Sports, 27 September 2015)

James Hollmer Cross was shaken up, but OK after this terrifying crash.
(USA Today - Sports, 6 March 2014)

It also says that emissions should be negative after this target period.
(Tech Times - Science, 4 January 2015)

The 2009 world champion had been considering quitting after this season.
(USA Today - Motor Sports, 1 October 2015)

No need for any extra practice after this performance by Serena Williams.
(The Vancouver Sun - Sports, 6 September 2015)

Shortly after this, Lloyds closed his account and refused to explain why.
(Daily Mail - Money, 20 August 2016)

The notoriously slow starters will need all their recovery powers after this.
(Daily Mail - Sport, 24 November 2013)

Good news awaits fliers, but not until after this brutal week for air travel.
(USA Today - National, 5 March 2015)

How there can be any debate over his new contract after this is beyond belief.
(Daily Mail - Sport, 12 February 2014)

Kobe Bryant of the Los Angeles Lakers has decided to retire after this season.
(Fox News - Sports, 29 November 2015)

He becomes a free agent after this season and it's unsure where he will end up.
(Mike Bresnahan in Los Angeles Times - Basketball, 3 April 2014)

Now we’re having fun again. Some things are much more clear after this episode.
(The New York Times - Arts, 13 September 2015)

Local leaders in Ukraine after this election will have more power than ever before.
(USA Today - World, 24 October 2015)

Kobe Bryant announced Sunday he will retire after this season, his 20th in the NBA.
(Los Angeles Times - Motor Racing, 30 November 2015)

Maybe they will after this one — the 700th regular-season victory in team history.
(The New York Times - Pro-Football, 28 September 2014)

There is a secret is town that hopefully after this column will be secret no longer.
(The Vancouver Sun - World, 20 June 2015)

After this trick that went wrong, the Web has rained nastiness upon the illusionist.
(CNET News - Politics and Law, 3 July 2016)

One reporter experiences firsthand the commuter chaos after this week's rail disaster.
(USA Today - National, 15 May 2015)

Including if he thinks Abby Wambach will really retire after this summer's tournament.
(USA Today - Soccer, 20 May 2015)

The Chicago Bulls may not be able to afford to keep veteran Luol Deng after this season.
(USA Today - NBA, 27 September 2013)

The message for anyone who believes Shaw will leave for NFL after this season: no chance.
(USA Today - NFL, 16 December 2013)

After this month's BYOB tacos-and-zombies hangout, we've got some questions on our minds.
(CNET News, 11 September 2014)

Doctor Who star Jenna Coleman won't let on if she's staying on the show after this series.
(BBC News - U.K. News, 9 September 2014)

The mysteries to be uncovered after this year's triumphant return for the space opera saga.
(The Hollywood Reporter - Movies, 18 December 2015)

San Antonio Stars guard Becky Hammon will retire after this season, her 16th in the W.N.B.A.
(The New York Times - Pro-Basketball, 23 July 2014)

OLIVER HOLT: After this week, we know Manny Pacquiao rather better than we knew him last week.
(Daily Mail - Sport, 20 February 2016)

James Levine will step down from his post after this season to become music director emeritus.
(The New York Times - Arts, 15 April 2016)

David Ortiz is planning to retire after this season, leaving a big void in the Red Sox lineup.
(Steven Tzemis in CBC Sports, 14 July 2016)

He's often the forgotten one in the Lakers' mash-up of who's coming-who's going after this season.
(Mike Bresnahan in Los Angeles Times - Basketball, 29 March 2014)

Jeanie Buss won’t speculate on what will happen to the Lakers’ front office after this season.
(Los Angeles Times - Football, 6 October 2016)

As it turned out, a surprise storm dropped rain on these dunes the day after this picture was taken.
(Los Angeles Times - Travel & Deal Blog, 25 November 2015)

In addition, DNA damage assays suggest that there is no increase in DNA rearrangement after this insult.
(Nature Neuroscience, 20 April 2014)

After this it’s dark nights and floodlights all the way to the US Masters in the second week of April.
(The Independent - Tennis, 24 August 2014)

TV star Miranda Hart announces there will be no more episodes of her hit BBC sitcom after this Christmas.
(BBC News - Entertainment & Arts, 23 October 2014)

His spokesman confirms that the 34-year-old comedian will depart "SNL" after this weekend's season finale.
(The Denver Post - Entertainment, 14 May 2013)

The Houston Texans fired Gary Kubiak on Friday, and several other coaches could be gone after this season.
(Sam Farmer in Los Angeles Times - Football, 7 December 2013)

The baseball team is leaving its longtime home after this season and is set to move to a CBS-owned station.
(The Hollywood Reporter - Business, 5 June 2014)

Linfield will take a four-point lead into Christmas in the Irish Premiership after this win over Portadown.
(BBC Sport - Football, 20 December 2014)

Australia opener Chris Rogers says he plans to retire from international cricket after this summer's Ashes.
(BBC Sport - Cricket, 18 May 2015)

Mötley Crüe have signed an agreement among themselves that they will never tour after this tour is finished.
(Forbes - Business, 18 July 2015)

After this discovery, other RET rearrangements were found in PTCs, particularly in those induced by radiation.
(Nature Reviews Endocrinology, 12 February 2016)

After this, the deracinated coffee grounds are baked (or, crushed) into the manufacturing process with fabrics.
(Forbes - Technology, 6 March 2014)

Sam Allardyce got a peck on the cheek and some encouragement from Bradley Walsh, the actor, after this debacle.
(Daily Mail - Sport, 1 March 2015)

The Brooklyn Nets' Paul Pierce will be a free agent after this season ends when his $61.3 million contract ends.
(Forbes - Business, 10 May 2014)

After this family lost their home in a wildfire, they completely rebuilt it with a commitment to sustainability.
(NBC Today, 30 June 2016)

Captain Steven Gerrard says he will decide whether to continue playing for England after this summer's World Cup.
(BBC Sport - Football, 24 May 2014)

His Silverstone best remains fourth place — which he has achieved three times — after this, his 17th attempt.
(Daily Mail - Sport, 10 July 2016)

After this trial run, Samsung Pay will become available to all Galaxy S6 and Galaxy S6 Edge owners in the country.
(Tech Times - Personal Tech, 17 July 2015)

The increased closeness of the militaries after this Islamic State attack greatly reduces U.S. leverage on rights.
(Forbes - Business, 18 July 2015)

After this summer, Hyundai will see one nifty product-placement platform disappear but is doubling down on another.
(Forbes - Business, 19 May 2013)

You'll feel like Superman after this press-and-pull exercise that works most of the major muscle groups in your body.
(Melinda Fulmer in Los Angeles Times - Science, 29 November 2013)

See also examples for after, this.

Don't miss the pronunciation examples of After This to learn how to say it correctly!

Go to the pronunciation of After This to learn how to say it correctly!