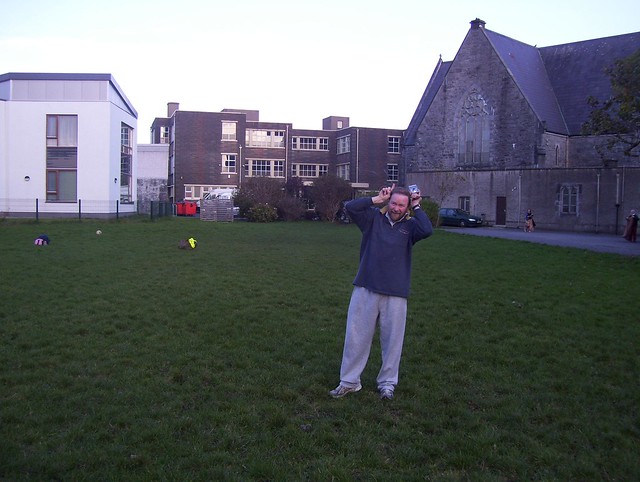 Sentences with the verb impersonate

My advice, Be healthy, reach your own goals and don't be afraid to impersonate a SNL star.
(Teri Hatcher)

Gordon Douglas Chalmers, a law lecturer, was charged in November with using Facebook and Skype to impersonate the star.
(USA Today - World, 9 March 2017)

Bill Cosby has expressed his gratitude to Eddie Murphy for turning down the opportunity to impersonate him in a sketch for Saturday Night Live’s 40th anniversary.
(The Independent - People, 20 February 2015)

Open letter to Tim Cook calls for answers within a month, pointing out that while passwords are dynamic, fingerprints can be used to impersonate an identity permanently.
(Forbes - Technology, 20 September 2013)

Unencumbered by an Enfield rifled musket and facing the prospect of having to search for my covivant and attempting to impersonate a journalist after crossing the stone wall, which I was virtually certain to do.
(Forbes - Entrepreneurs, 7 July 2013)

Negative sentence with the verb impersonate

It's funny - if you impersonate somebody, they have no idea it's them.
(Tracey Ullman)

The certificates made it possible to impersonate HTTPS-enabled Google domains.
(ZDNet US, 22 September 2015)

The 48-year-old slipped into a white bikini to impersonate Myleene Klass in the jungle pool.
(Daily Mail - TV&Showbiz, 22 November 2013)

Scammers impersonate IRS, state police, and others to get consumers to put cash on prepaid cards.
(USA Today - Money, 15 October 2015)

Six years and over 32 million YouTube hits later, he has finally met the man he is paid to impersonate.
(Daily Mail - News, 8 March 2014)

A scam where criminals impersonate the CEO's email to gain money or personal information is on the rise.
(CNBC, 1 August 2016)

They then impersonate the driver, calling their insurer to glean more details about the accident and policy.
(Daily Mail - Money, 7 December 2016)

The three-year-old flaw could have allowed an attacker to steal users' unencrypted cookies and impersonate users.
(ZDNet US, 20 January 2016)

Conmen clone the telephone number of an organisation they wish to impersonate and make it appear on the caller ID display seen by their intended victim.
(Daily Mail - Money, 29 October 2014)

The US National Security Agency (NSA) has denied claims that it conducts indiscriminate hacking and says it doesn’t impersonate US social media or websites.
(ZDNet - Just News, 14 March 2014)

A new bill calling for 'Walter Mitty' fraudsters that impersonate Britain's war heroes to be fined or jailed, will be discussed in the House of Commons in Friday.
(Daily Mail - News, 21 November 2016)

It still remains to be seen whether Saturday Night Live will take her up on her offer, but Rosie O'Donnell is seriously determined to impersonate Donald Trump's advisor Steve Bannon.
(Christopher Hooton in The Independent - Arts & Entertainment, 10 February 2017)

Last week, singer Rob Cantor captured the attention of the Internet with a video of his original song "Perfect," in which he appeared to impersonate 28 celebrity voices with pinpoint accuracy.
(NBC Today, 10 July 2014)

JOHANNESBURG—British actor Idris Elba says he wanted to capture the spirit of Nelson Mandela, not impersonate him, while playing the role of the former South African president and anti-apartheid leader in a film.
(The Denver Post - Entertainment, 4 November 2013)

While such policies were originally designed to weed out men who impersonate women at female-only events, issues of privacy and confidentiality remain paramount to safeguard athletes from unnecessary embarrassment, the lead author of the review says.
(Science Daily - News, 4 August 2014)

The Associated Press on Monday demanded assurances from the Justice Department that the FBI will never again impersonate a member of the news media, following revelations that an agent in Seattle portrayed himself as an AP journalist as part of a criminal investigation.
(Fox News - Politics, 10 November 2014)

Describing himself at times as a "Prince of Darkness," Rothstein took great lengths to keep the scheme afloat, including forging documents with the signatures of state and federal court judges, convincing others to impersonate judges and Florida bar officials, and utilizing corrupt law enforcement officers at his disposal.
(Forbes - Personal Finance, 31 October 2014)

Don't miss the pronunciation examples of impersonate to learn how to say it correctly!

Go to the thesaurus of impersonate to find many related words and phrases!